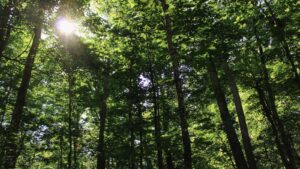 Mature woodlot in Peterborough County home to three species-at-risk Kawartha Land Trust (KLT) is pleased to celebrate the gift of Pipers’ Woods — a beautiful, 61-acre woodlot that was generously gifted to KLT by two donors who wish to remain anonymous. This mature woodlot, which is situated on limestone bedrock, is part [...] 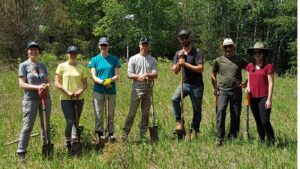 Without Volunteers There Would Be No Kawartha Land Trust (KLT)

By Marie Clement, KLT Volunteer, as part of KLT's 20th Anniversary Series Well, maybe Kawartha Land Trust (KLT) would exist but it would be a few people sitting in an office totally overwhelmed by what they would be unable to achieve. Actually, this group of people would likely be able [...]

Tallgrass Prairie habitat is a grassland ecosystem that is dominated by native grasses and a wonderful array of native wildflowers. Grassland birds like the Eastern Meadowlark and Bobolink, which are both designated as species at risk in Ontario, call Tallgrass Prairies home. According to Tallgrass Ontario, "Tallgrass ecosystems are one of [...]

Read More
Thanks for signing up!