Without Volunteers There Would Be No Kawartha Land Trust (KLT) 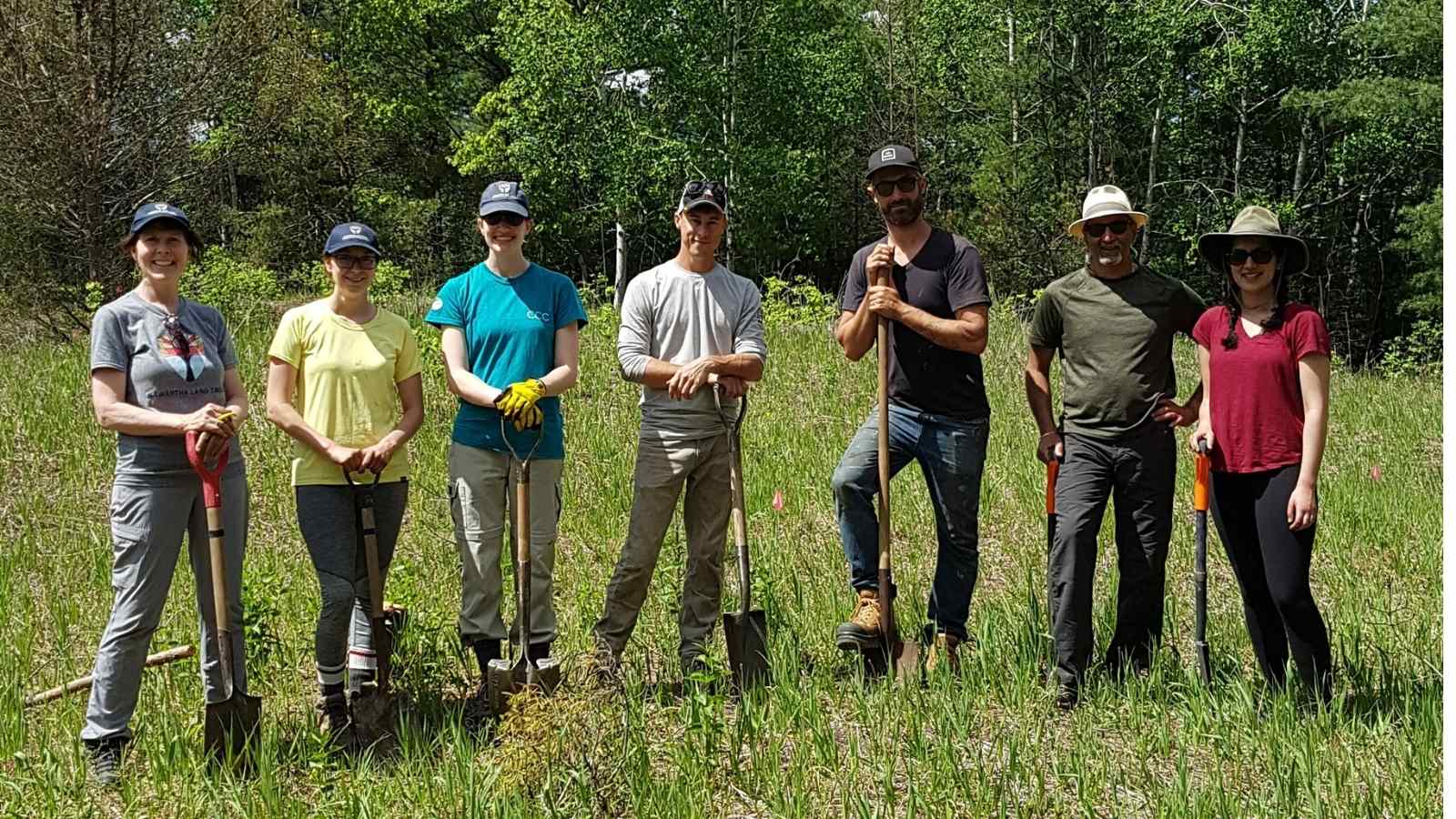 Well, maybe Kawartha Land Trust (KLT) would exist but it would be a few people sitting in an office totally overwhelmed by what they would be unable to achieve. Actually, this group of people would likely be able to achieve a lot, but you get my point!

Fortunately, that is not the case. In the 20 years that KLT has existed, it has grown and excelled because of the hundreds of volunteers who have donated their time and sweat. Volunteers who got out on the land and made things happen. Generally, the number of volunteers has averaged around 100 with new people coming aboard as others step aside when age, time, or other commitments arise.

What have KLT’s volunteers done? Pretty much everything. From data entry, GIS mapping and analysis, photography, videography, and writing to envelope stuffing, making thank you calls to donors, planting trees and shrubs, helping restore habitat, and monitoring species, KLT volunteers have done it all. Our board members and committee members all volunteer their valuable time to this organization as well.

Some of our biggest challenges have been fully met head-on by teams of volunteers assisted by a staff member or two. Most of the effort that went into raising funds to create a stewardship fund so we could properly manage Big (Boyd/Chiminis) Island was done by volunteers who organized events, canvassed friends and neighbours and helped us reach our goal. Then, volunteers pitched in to clean up the island, removing tons and tons of trash and dismantling decades-old fire pits.

The same fund-raising enthusiasm and generosity helped us achieve the goal of raising the funds to purchase what is now the Christie Bentham Wetland.

When you’re out enjoying one of our properties that is open to the public, the trails are maintained by volunteers who have created, mowed, and cleared the way so you can enjoy your walk/hike to the fullest.

The most recent demonstration of volunteer ability and enthusiasm was during the clean-up efforts at the Jeffrey-Cowan Forest Preserve at Stony Lake after the derecho this spring brought down countless trees.

KLT Land Stewardship Coordinator Hayden Wilson said the clean-up was an excellent example of their enthusiasm and energy.

“It has been a massive effort to clear hundreds of downed trees from the trail and despite the heat, bugs and many volunteers having their own dozens of trees to handle, I heard no complaints,” Hayden said. “What I did observe was a huge rush of support from new and returning faces coming out over and over again, battling the heat and branches to open the trails.”

He said he saw that people were willing to sweat and give back to the land in a display of true commitment to land appreciation.

“The total hours spent on the trails is in the hundreds and if we had tried to clear the trails with just our staff they wouldn’t have been open until next year,” Hayden said.

It is clear that the incredible KLT volunteers are truly the backbone of this organization. And all of Kawartha Land Trust’s — volunteers, past, present and future  — are all recognized and appreciated, and all are welcome as part of our ever-expanding KLT community.

Interested in volunteering to protect the land you love? Reach out to us at info@kawarthalandtrust.org.