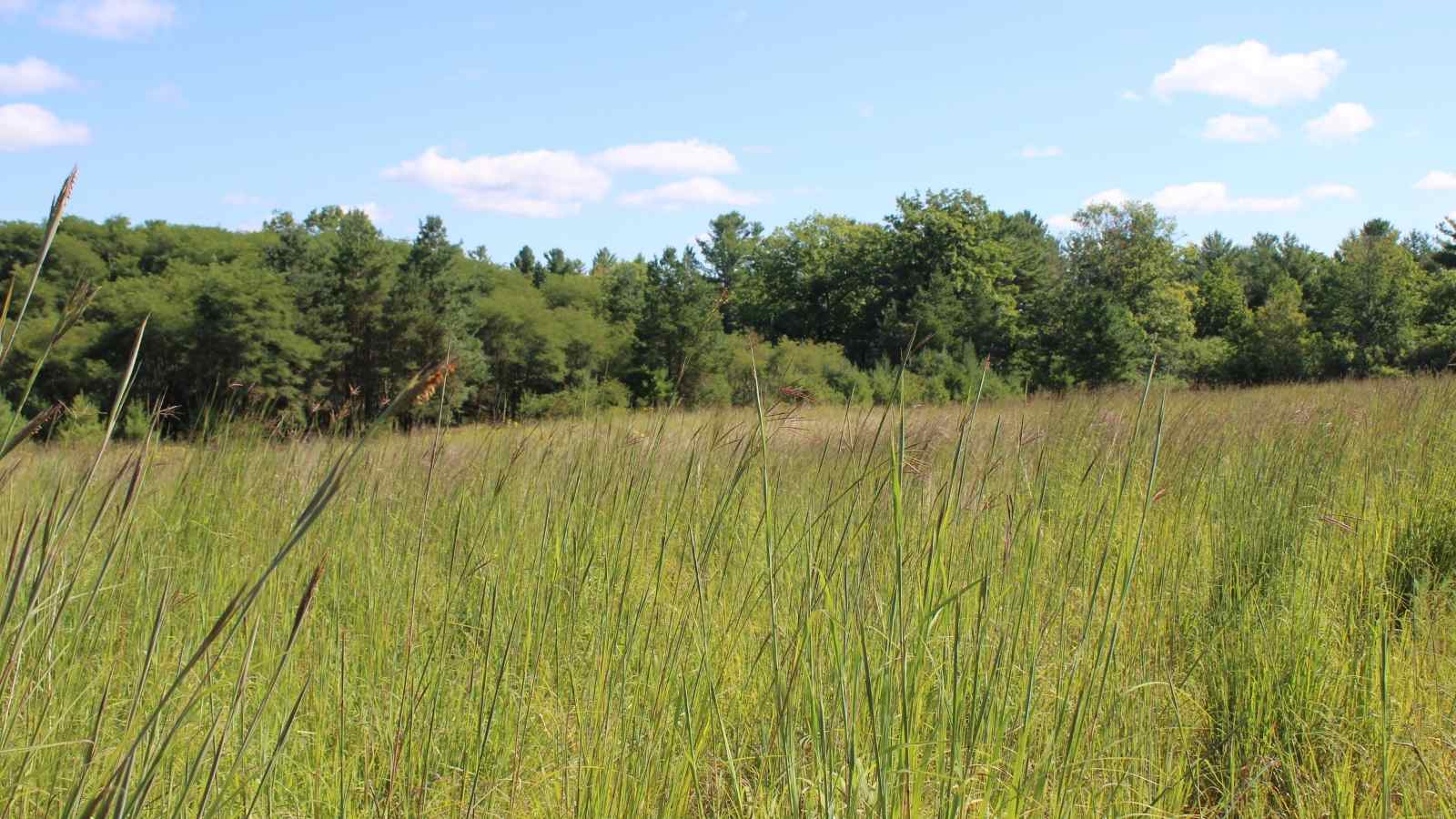 Tallgrass Prairie habitat is a grassland ecosystem that is dominated by native grasses and a wonderful array of native wildflowers. Grassland birds like the Eastern Meadowlark and Bobolink, which are both designated as species at risk in Ontario, call Tallgrass Prairies home.

According to Tallgrass Ontario, “Tallgrass ecosystems are one of the world’s most endangered vegetation communities.” By some estimates, only 1-3% of Ontario’s Tallgrass Prairies’ original range remains as development has greatly reduced their prevalence across the province over the past 200 years.

Ballyduff Trails, which was generously donated to Kawartha Land Trust by Ralph McKim and Jean Garsonnin in 2021, has a dedicated area for prairie grass restoration. Passionate about Ontario’s Tallgrass Prairies, Ralph and countless volunteers have been working to restore the Tallgrass Prairie at Ballyduff Trails for over 15 years. Kawartha Land Trust has been involved in those restoration efforts since Ralph and Jean began their partnership with KLT in 2011.

In mid-August, Kawartha Land Trust staff and a volunteer headed to beautiful Ballyduff Trails in Pontypool, Ontario, for another round of restoration efforts, which involved planting hundreds of Tallgrass plugs that were grown from seeds harvested from the prairie the previous year.

“The trays of planted seeds overwintered outside as part of the natural stratification process tallgrass seeds need to germinate,” said Hayden Wilson, KLT’s Land Stewardship Coordinator. “After a nice winter chill, half of the trays were moved to the greenhouse at Fleming College, Frost Campus, to sprout. Once sprouted and grown, the seedlings were moved back to Ballyduff Trails to acclimate.”

On the day of the planting, we set about preparing the site by removing any unwanted species like Dog-Strangling Vine and Scots Pine seedlings, trimming vegetation, tilling the soil and using a dibbler to create indents in the soil to plant the seedlings in.

KLT’s land stewardship team will now keep an eye on the plot to see how the seedlings respond to their new environment and then start harvesting seeds for next year’s planting from other parts of the prairie.

Harvesting, growing and planting Tallgrass from and into the prairie is an important step in keeping the prairie dense and full as well as keeping us connected to this special landscape that supports an abundance of wildlife that relies upon it.

Thank you to our supporters and volunteers who continue to help
protect and restore this delicate ecosystem.