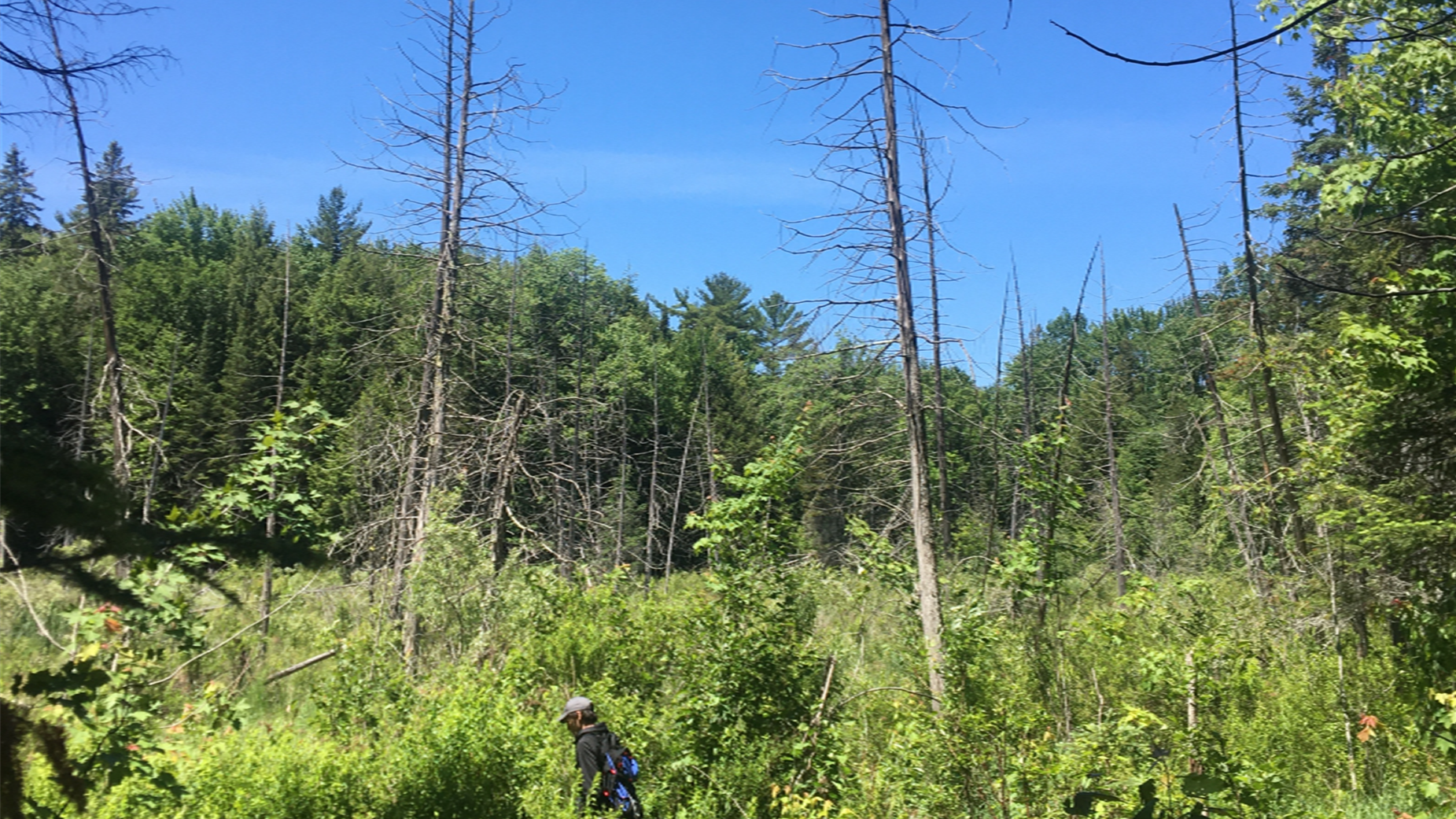 Two new wetland properties have been donated to the Kawartha Land Trust (KLT) by Kawartha Conservation. The properties, one on Nogies Creek and one on Balsam Lake, both contain significant ecological features and provide potential natural corridors to Provincially Protected areas.

“This project has been a great example of collaboration between conservation organizations,” says KLT Executive Director John Kintare. “Wetlands are so important for drought prevention, flood protection, water quality improvement and most importantly are immensely valuable to climate resilience. Unfortunately, the properties didn’t fit the mandate of Kawartha Conservation so they were donated to KLT to ensure their permanent protection. Funding through the National Heritage Conservation Program covered the costs of the project allowing KLT to accept the donation of land and add them to a growing conservation boom in the Kawarthas.”

Watch a video about these properties:

This 100-acre property sits six km north of the mouth of Nogies Creek and is only accessible by water.

The property includes significant ecological features and is a potential corridor between the Kawartha Highlands Provincial Park and the Queen Elizabeth Wildlands Provincial Park. It is directly adjacent to Crown land and the Ministry of Northern Development and Mines, Natural Resources and Forestry’s Nogies Creek Fish Sanctuary.

There is some evidence of human activities such as ATV trails, deer feeding stations and garbage on the property, but because it is adjacent to Crown land the threats to the ecosystem are minimal.

From an ecological perspective, the ecosystems on the property are varied and in good health with mature forest stands and wetlands, healthy plant life growing beneath the forest canopy, and mixed habitat types.

These habitat types provide a mixture of interior forest, edge, and wetland ecosystems and are used by permanent and migratory species including species at risk and species of interest.

Species at risk and other wildlife have been observed here including Eastern Wood-Pewee, Black Ash trees, moose, black bears, and white-tailed deer.

This 72-acre property sits within a Provincially Significant Wetland (PSW) and provides excellent habitat for rare and at-risk species.

It is located on Balsam lake and is entirely within the Balsam Lake South Bay PSW.  It borders Elm Tree Road to the west and Balsam Lake to the east approximately nine km southwest of Kirkfield and 12 km west of Fenelon Falls.

The parcel includes 450 metres of natural shoreline along Balsam Lake.  It is close to other properties that are protected by the KLT including the Fell Wetland, Jones Woodlot, and Cation Wildlife Preserve properties.

The property is a patchwork of shallow slow-moving watercourses and temporary water bodies that weave through three different types of wetland ecosystems.  The most distinguishable ecosystem is a cattail marsh that abuts Balsam Lake and slowly transitions into treed swamp ecosystems that are found on the rest of the property.

Extensive surveys have established that the property is in good overall health and is home to many native species and a few invasive species.

Notable species found here include the Eastern Wood Peewee, common Snapping Turtles, and Black Ash trees. The property has also been identified by the Ministry of Northern Development and Mines, Natural Resources, and Forestry as significant wildlife habitat (a deer winter yard).

Most of the property is identified by the Kawarthas Naturally Connected Collaborative which is an indication of its importance as a core ecological feature that links natural heritage systems.

The Government of Canada’s Natural Heritage Conservation Program (NHCP) is a unique public-private partnership to support new protected and conserved areas by securing private lands and private interests in lands. The program is managed by the Nature Conservancy of Canada (NCC). Federal funds invested in the program are matched with contributions raised by NCC and its partners, Ducks Unlimited Canada and the country’s land trust community.