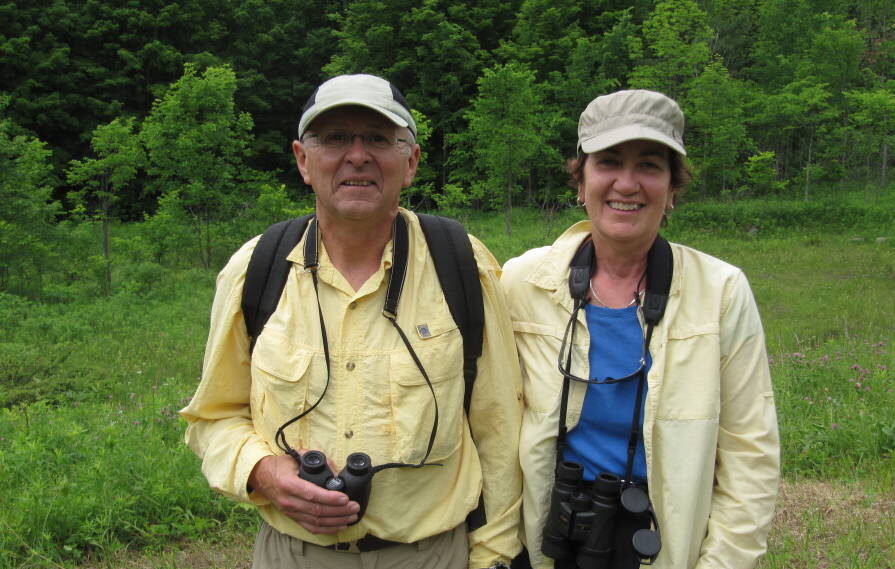 Like cream, Cheryl Lewis naturally rises to the top.

In her 35 years with the Ministry of Natural Resources (MNR) she began as a fisheries biologist and eventually became Aquatic Science Manager and lastly Forest, Fisheries and Wildlife Research Director.

Since becoming involved with Kawartha Land Trust in 2010 Cheryl has served on the Board of Directors, been Board Secretary, Chair and Past-Chair. During that time she has also served as Chair of the Securement Committee and Chair of the Governance and Nominating Committee.

Little did KLT’s past Executive Director Mike Hendren know when he first approached Cheryl to get involved, what a valuable, dedicated and hard-working asset she would become for the organization.

Cheryl was first introduced to the Kawartha area when she moved to Lindsay to work at MNR’s Kawartha Lakes Fisheries Assessment Unit just two years after graduating with an Honours Bachelor of Science degree from Queen’s University. She left the area for 10 years during which time she relocated to Huntsville and later to Kingston with MNR.

After her retirement from government, Cheryl initially got involved with KLT because she liked the vision and mission of the organization. She stayed because of the strength of the organization through the many talented, generous and hard-working staff, volunteers and donors.

“KLT truly is a special organization and has been—and continues to be—a great place to contribute one’s time,” she said.

Cheryl has many favourite memories of her time at the organization, but the two that stand out are securing Boyd Island, an enormous project, and walking the trails on the Falls property with Dr. Bruce Falls.

“His love of the land was obvious and his long record of observations on his property was and is impressive,” she said. “It was a privilege to be walking the trails with him.”

Cheryl said she thinks that the KLT and its work are important because land in its natural state is so critical for many reasons whether it is for nature’s intrinsic value, for ecological goods and services or for our physical and mental health.

“KLT is uniquely positioned in the region to protect ecologically important lands forever,” she said. “But not only that, KLT has the tools and knowledge to help others do their part to maintain and improve the ecological values of their own land.”

When not volunteering her time to KLT, Cheryl can be found using her vocal talents as part of The Peterborough Singers and the Kawartha Lakes Singers or cycling, hiking and birding while exploring the Kawartha Region and beyond. In fact, Cheryl enjoys exploring the outdoors so much that she has walked the entire 500 km Ganaraska Trail from Port Hope to Midland!

Although Cheryl is stepping off of the board as Director this June, she will remain involved with KLT, lending her expertise as a Trustee, the Chair of the Governance and on several Committees.

Thank you Cheryl for your many years as a Director leading KLT through some pivotal times such as the Big Island campaign, name change and incorporation of the Trustee model. We look forward to working with you and leaning on your knowledge for years to come!