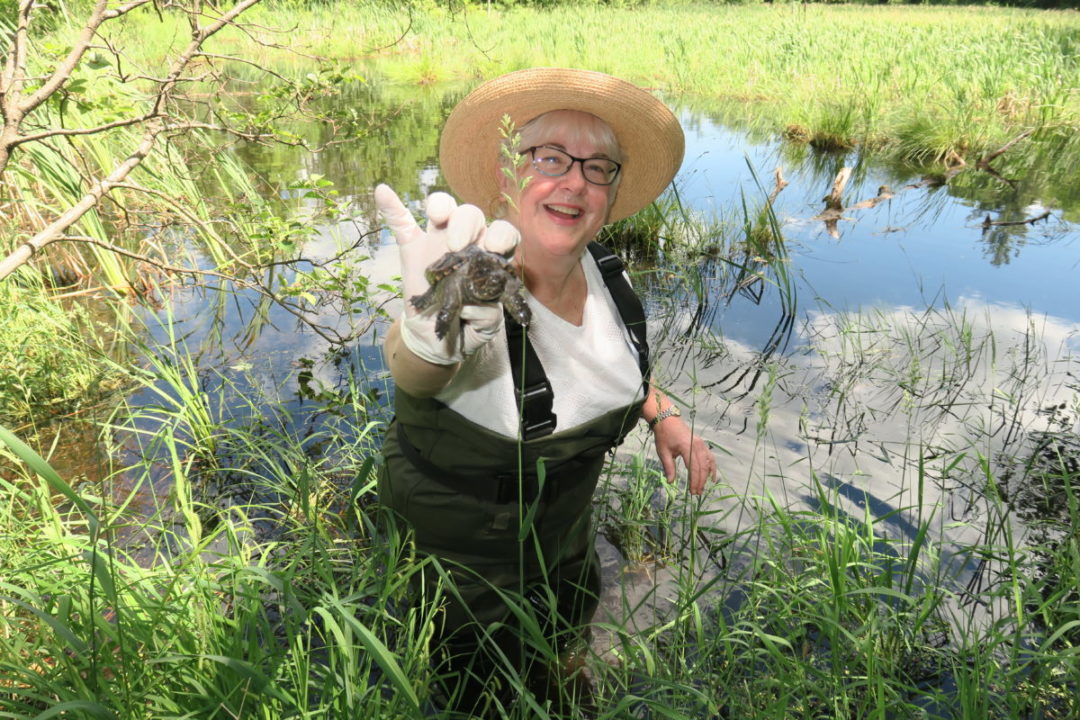 Kawartha Land Trust and the Ontario Turtle Conservation Centre (OTCC) teamed up Friday June 15th to release more than two dozen snapping turtle hatchlings in one of the wetlands alongside our Stony Lake Trails network.

Mike Hendren, KLT’s Executive Director welcomed donors and volunteers of both the OTCC and KLT who are passionate about supporting conservation in the Kawartha’s on KLT’s newest protected property, the Jeffrey-Cowan Forest Preserve before guests hiked West down the trail that crosses private property (KLT has a trail agreement with the landowners) toward our Ingleton-Wells property to release the turtles. 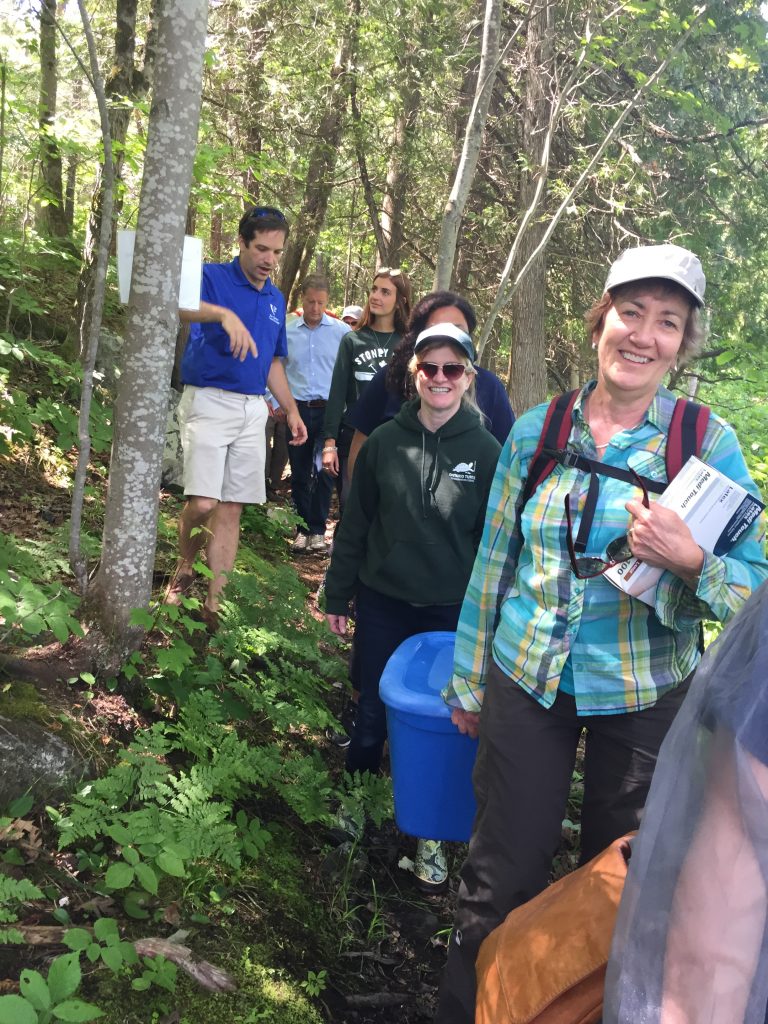 Cheryl Lewis, KLT Past Chair and Dr. Sue Carstairs, OTCC’s Executive and Medical Director carefully transport the turtles down the trail to the release site.

The turtles were hatched last fall from eggs recovered from an injured female snapping turtle brought tothe OTCC last fall for care. The centre admits injured or ill turtles from all over Ontario, and returns them to their native wetland when they have recovered.

Dr. Sue Carstairs, OTCC’s Executive and Medical Director said the hatchlings are either released the same season, or kept over the winter and released the following summer. This way, even if the female does not survive, her offspring do have a chance of replacing her in the population.

“Habitat loss is one of the greatest threats to biodiversity. We are grateful for organizations like the Kawartha Land Trust who are dedicated to protecting land for conservation, by protecting more land we can help ensure that turtles and other wildlife will have a safe home for years to come,” said Carstairs.

Almost 1,000 turtles were admitted to the centre last year, and approximately half were females injured while on their way to lay eggs. When the females come in to the centre the eggs are collected so the hatchlings are not lost. Because turtles take a long time to heal, the females would not be able to be released in time to lay these eggs. Approximately 3,700 eggs were incubated in 2017.

Since the survival of eggs/hatchlings in the wild is minuscule (less than 1% survive), this program gives them a “head start” in life, and greatly increases their chance of survival.

After releasing the turtles participants hiked to the top of the Jeffrey-Cowan Forest Preserve, taking in the view of Stony Lake, spotting a deer nearby. 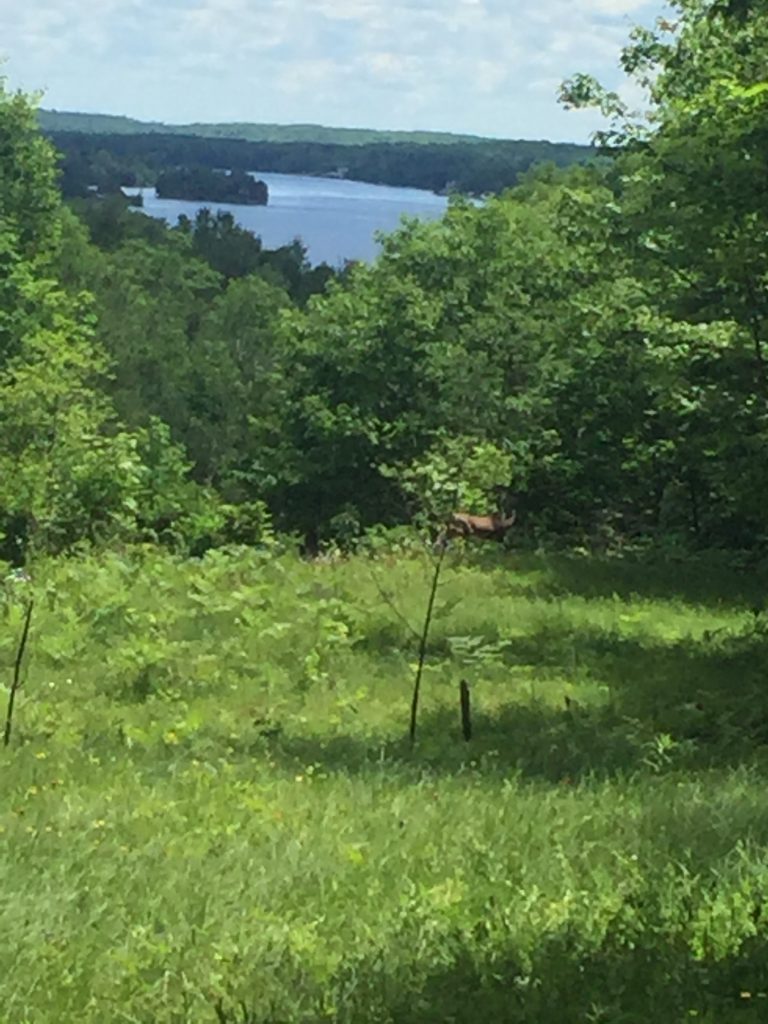 We weren’t the only ones enjoying the amazing views of StonyLake!
This deer appears to be enjoying the sunny weather too.

The Jeffrey-Cowan site includes 146 acres of protected land with scenic views, world class trails, and 1,300 feet of significant shoreline. The property is at the eastern extent of KLT’s Stony Lake Trails, a 10-km trail network on the north shore of Stony Lake. 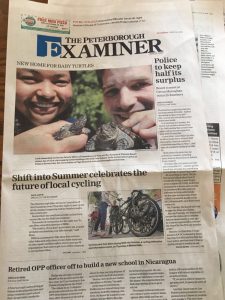 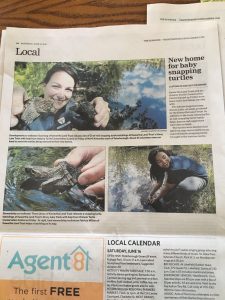 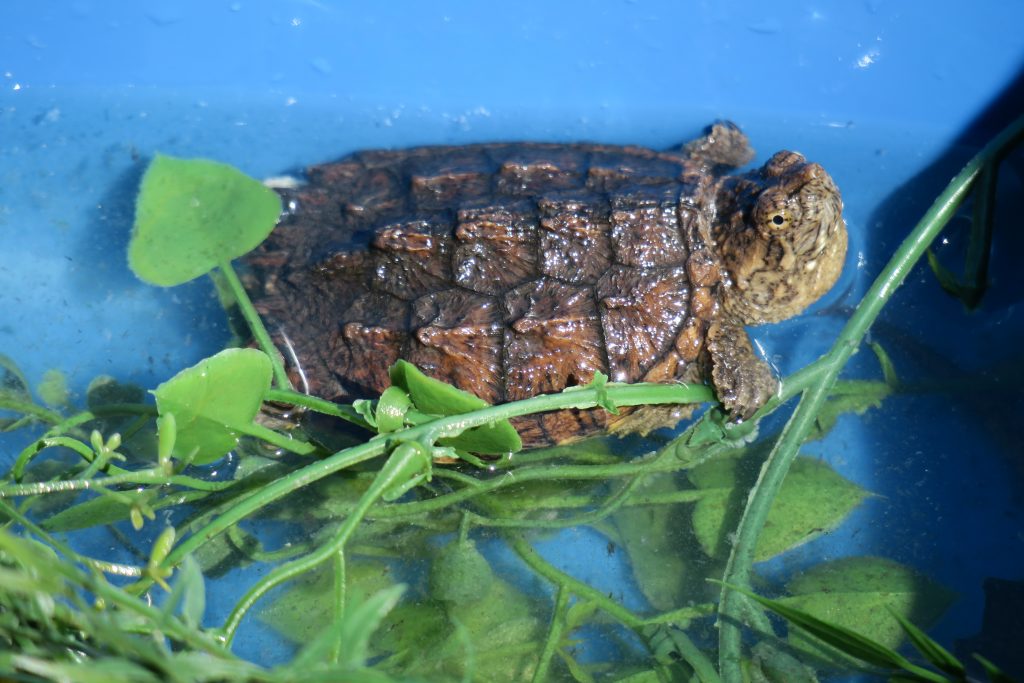 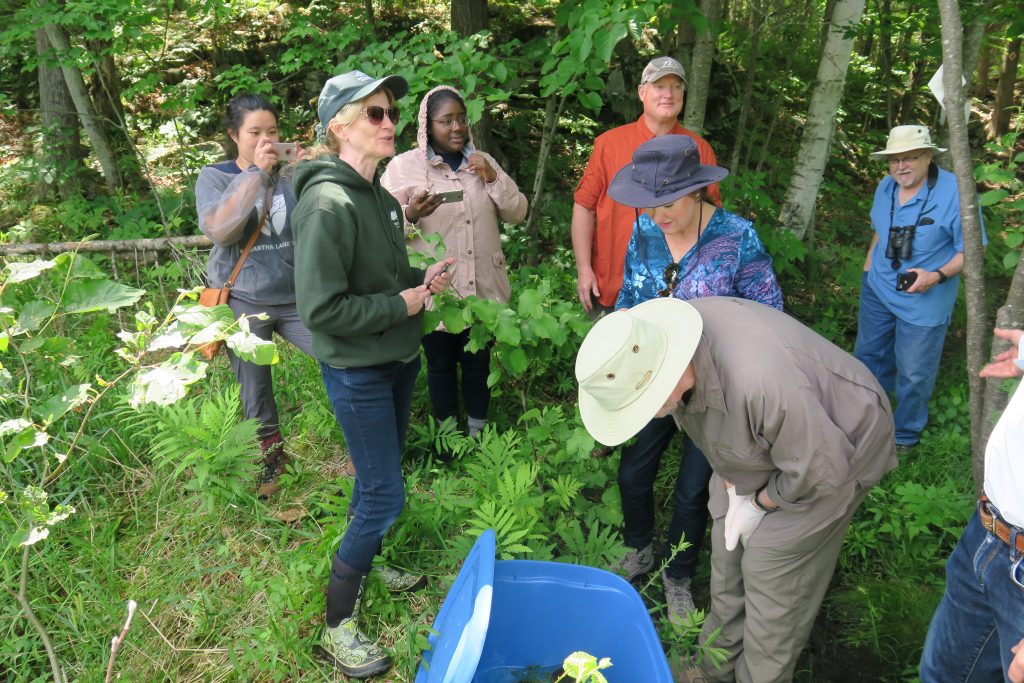 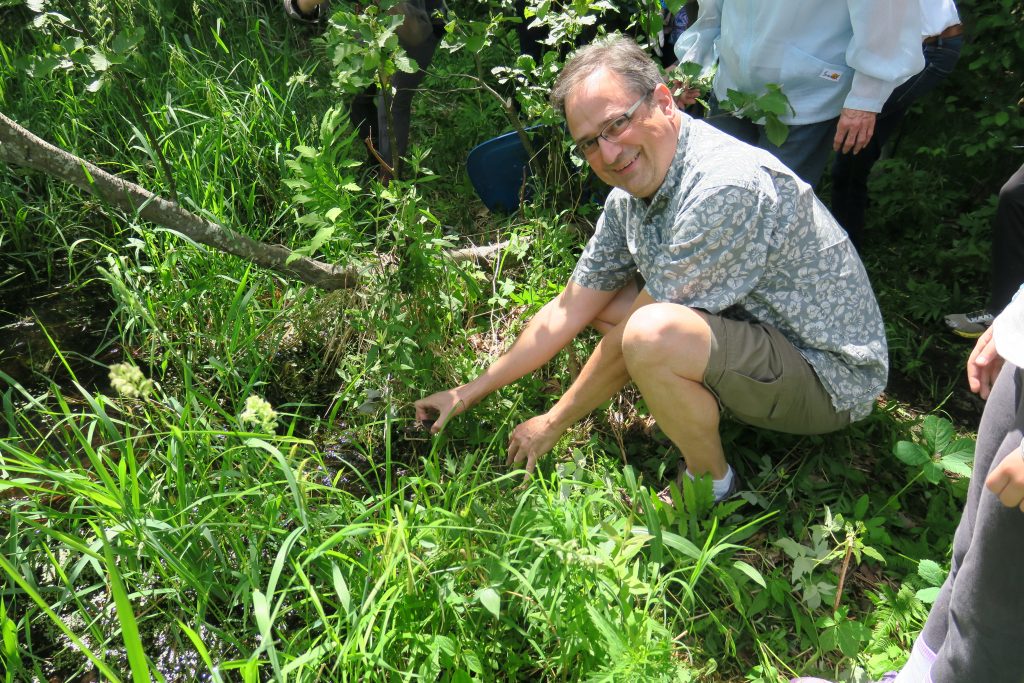 Peter Watson, President of the Association of Stony Lake Cottagers 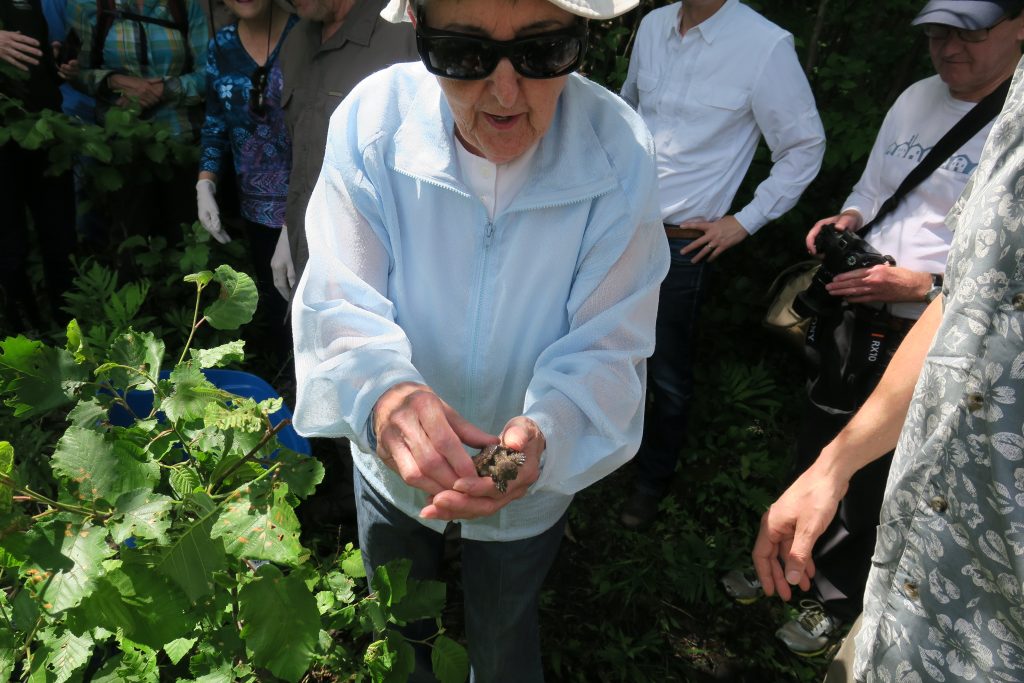 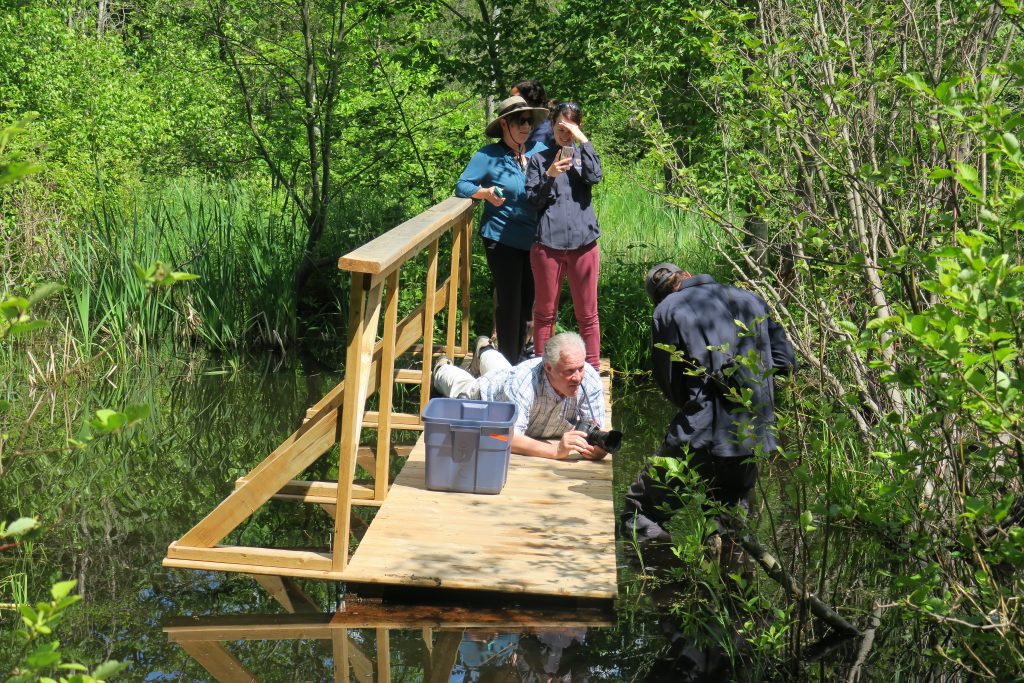 Clifford from the Peterborough Examiner getting the perfect shot for the newspaper. 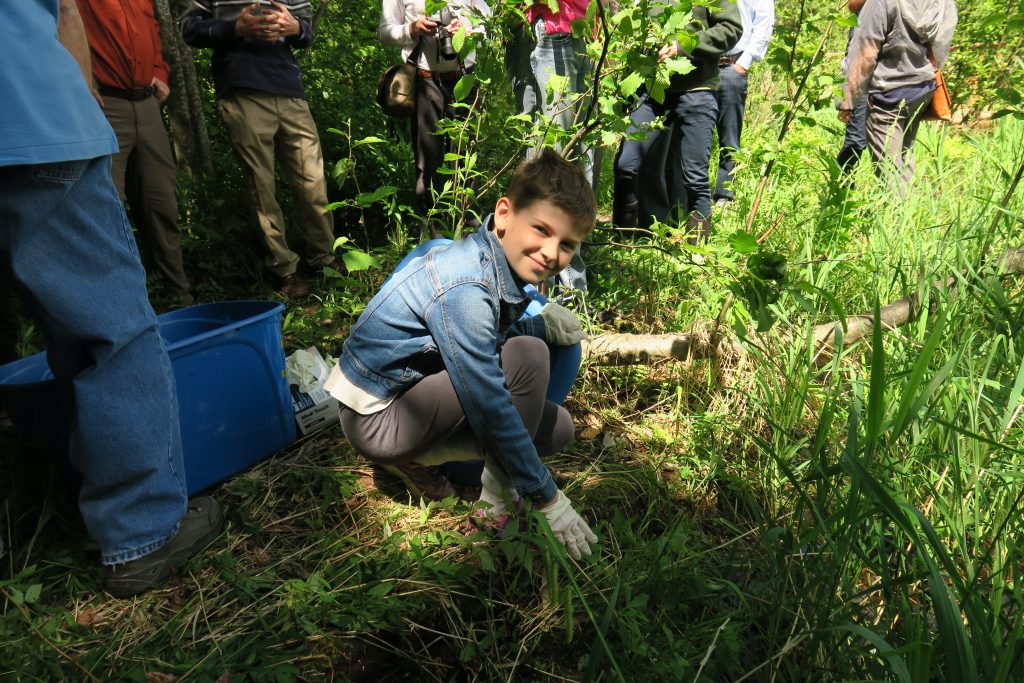 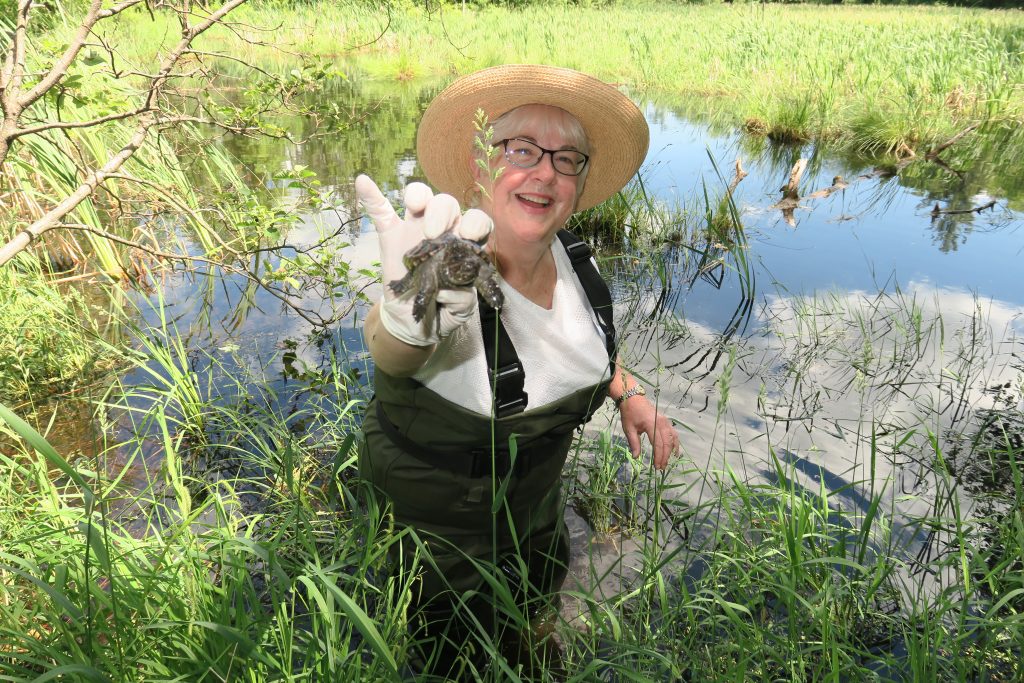 Margo Tant with baby snapping turtle to be released. Margo has volunteered with the OTCC and her partner Al Sippel is the past chair of KLT’s Stewardship Committee. 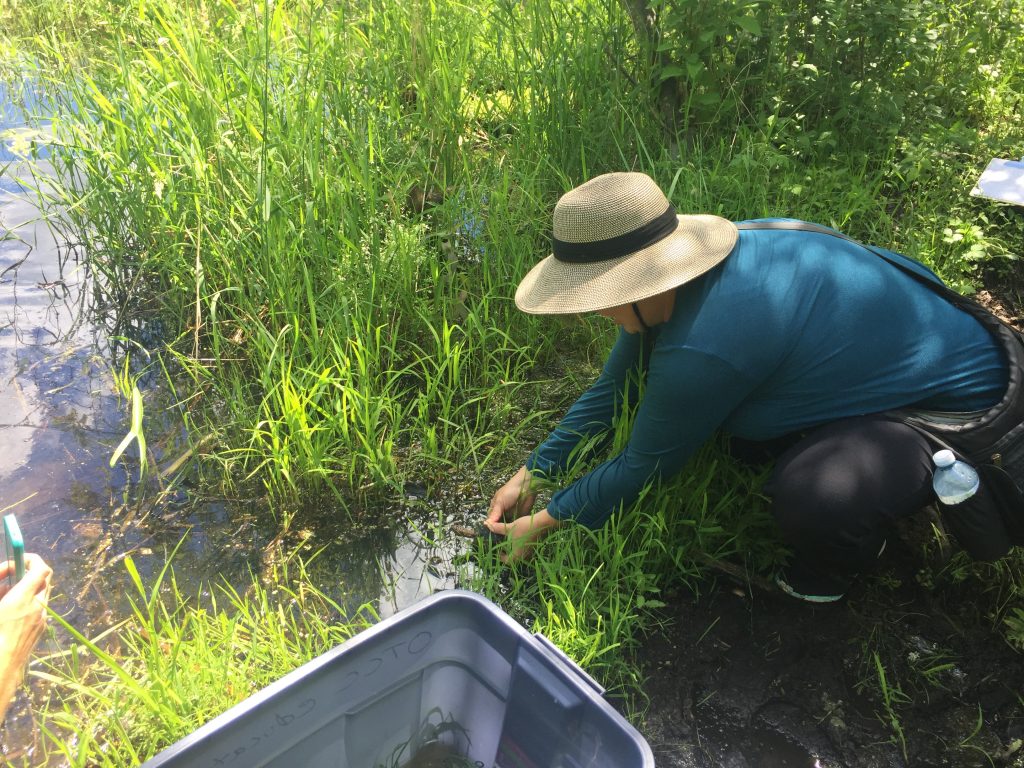 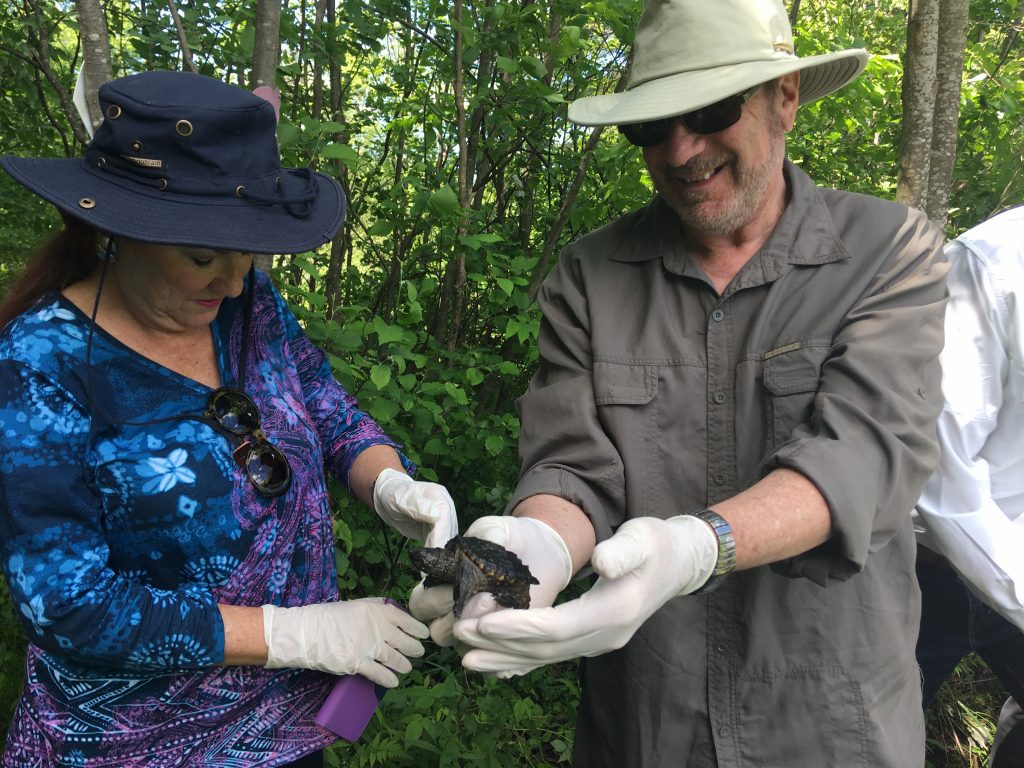 Patricia and Alan taking a minute to admire this hatchling before its release. 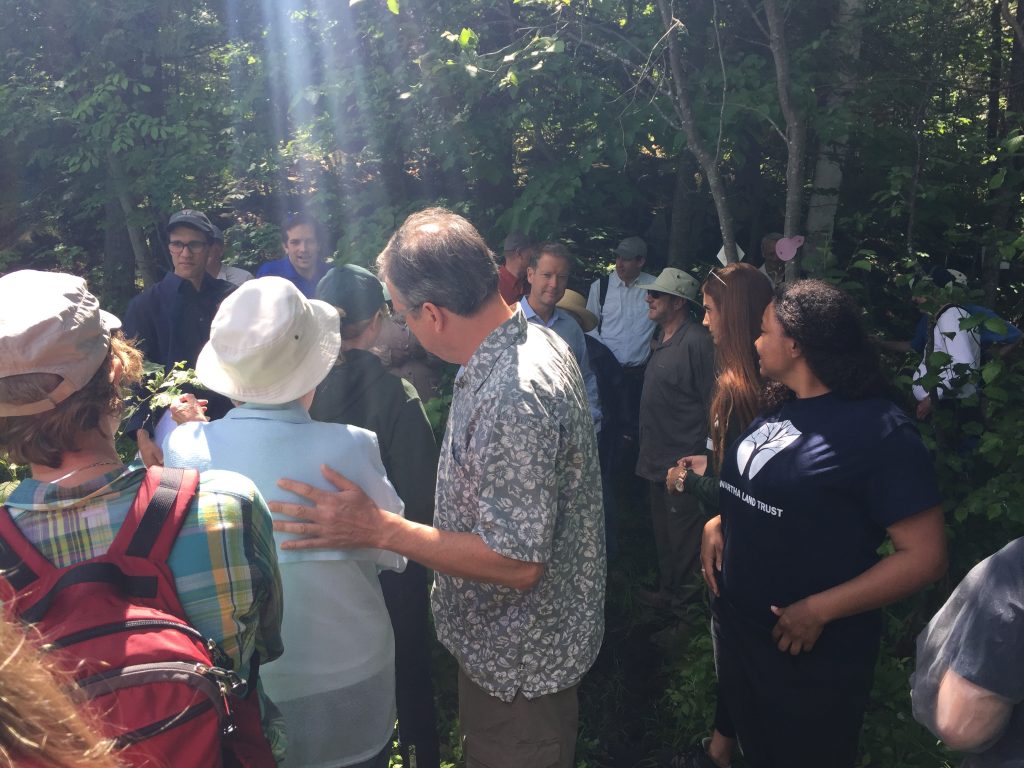