Stories from the Field: Shoreline Digitization 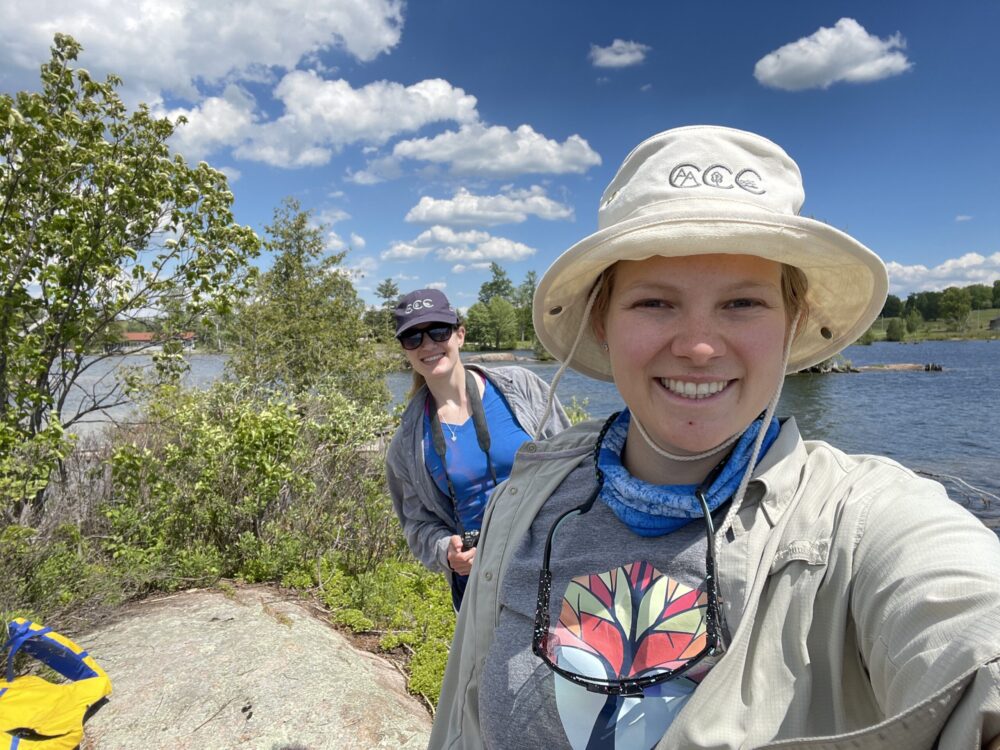 She saw shoreline on Stony’s shores.

Actually, both Kawartha Land Trust (KLT) Canadian Conservation Corps interns Veronica and Lexi saw a lot of shoreline. They will be seeing more while working on a project to calculate out how much shoreline is developed vs natural on Clear, Stony, and White Lakes this summer and fall.

Their project, the Shoreline Digitization Project, is to collect data that can be used for conservation initiatives. This project is in partnership with Fleming College, KLT and the Environment Council for Clear, Ston(e)y and White Lakes. Veronica and Lexi were out on the water in June and will be back again in September.

Stewardship Manager Thom Unrau says the interns are identifying long stretches of natural shoreline. This provides habitat for species that are sensitive to disturbances such as nesting loons, otters, and fish in spawning areas.

“Animals on the lake can sometimes go about their lifecycles right next to docks, but they do best when they have lots of room along the shoreline to themselves,” Thom said.  “There is also the element of natural beauty and tree cover along a lake that continues to see the development of larger building footprints and new lots.”

KLT would also like to get statistics on how much of the shoreline is natural in total. This will help to communicate with shoreline landowners that feature of the lake’s ecological health and help develop policies that protect these features, he said.

In June the interns were joined by Technician Co-op Student Abby and Co-op student Eunji.  The four of them canoed along the shoreline and recorded what they saw. They stopped occasionally to talk to property owners who were curious about what they were doing.

“We’re excited to help collect this data to be analyzed. Wehope that the information learned will lead to work that will protect the natural shoreline that is left,” Lexi said.

The team covered approximately 3 km a day in June, but hope to increase that to 5 km each day in September.  The lower number in June was because they were working out the best procedures to follow.

Seeing map turtles, a nesting loon, and a green heron were extra bonuses that made doing the work such a great experience.

All the team members reported that without fail, the lake was always rougher on the return trip to the launch spot each day.

“It has been nice to get out and enjoy the lake during the project, especially because most of our work this summer for the KLT has been on land,” Veronica said.  “We’re looking forward to getting back out on the water in the fall.”

Veronica didn’t have a lot of canoe experience when the project began and was a bit nervous at first.  But thanks to help from experienced canoeist Lexi, she soon felt comfortable and more confident in her canoeing skills.

Both interns are looking forward to September when there will likely be fewer boats out on the lake.

Missed other Stories from the Field? Catch up below: