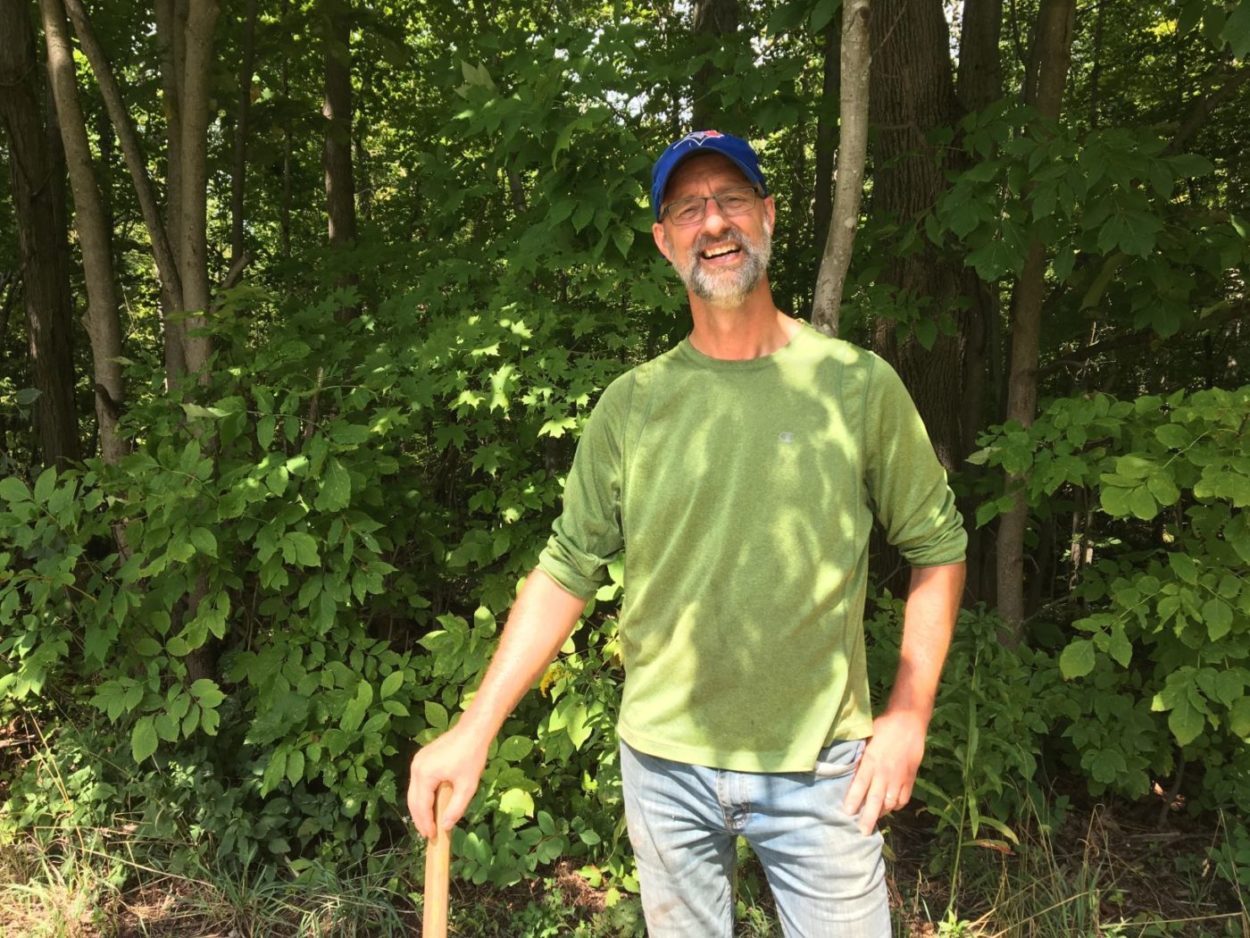 Gary Heuval’s deep love of nature is reflected in his work, his play and his volunteering.

Born in the small town of Iroquois in Eastern Ontario, he moved to Cardinal the summer before he started Grade 7. After graduating from high school he traveled to Sri Lanka with Canada World Youth, a cultural exchange for young people. He first came to Peterborough as a Trent University student, arriving in 1985 to study their Comparative Development Program.

He took a year off to spend one winter in Midland working at the Wye Marsh Wildlife Centre and took a trip to Costa Rica specifically because of his love of nature that winter as well.

“I managed to see three different rain forest habitats on that trip.,” he said.

Gary received a Honours Degree in Native Studies in 1991 and completed his Bachelor of Education from Nipissing University in North Bay the following year. A primary grade teacher at North Cavan Public School, Gary integrates nature into his teaching each day. He has bird feeders outside his classroom and the windows look into a small nature area that is used as an outdoor classroom.

“As a result each year my students become avid bird watchers” he said.

Gary began volunteering with Kawartha Land Trust this past May, and it certainly kept him busy over the summer.

“I’ve planted trees on Big Island and kayaked and canoed around the island cleaning up picnic areas.”

He also helped with the initial clean up on the Cation property outside of Coboconk.

Gary chose to volunteer for KLT because it aligned with his love of nature and being outside. He wishes more people knew about the incredible diversity of habitats that are conserved within KLT properties.

One of his favourite things to do is to bicycle with his wife.

“We’ve been on bicycling trips in the Netherlands and Vermont, and next year we are planning on a cycling trip in Quebec,” he said.

As an avid birdwatcher since his Trent days, it makes sense that Gary’s favourite baseball team is the Toronto Blue Jays. He has also been a life-long Toronto Maple Leaf fan and says he is looking forward to a great hockey season (editorial comment: but he didn’t say how far ahead he has to look!)

Gary is inspired by many of his friends who work hard to create more sustainable and caring communities by supporting organizations that support diversity and inclusivity, conserve nature, promote alternative building technologies, and support bicycling infrastructure initiatives.

“In short, trying to make our communities better places to live,” he said.

Thank you Gary for you tremendous efforts helping to care for our protected properties! Sincerely, the KLT Team