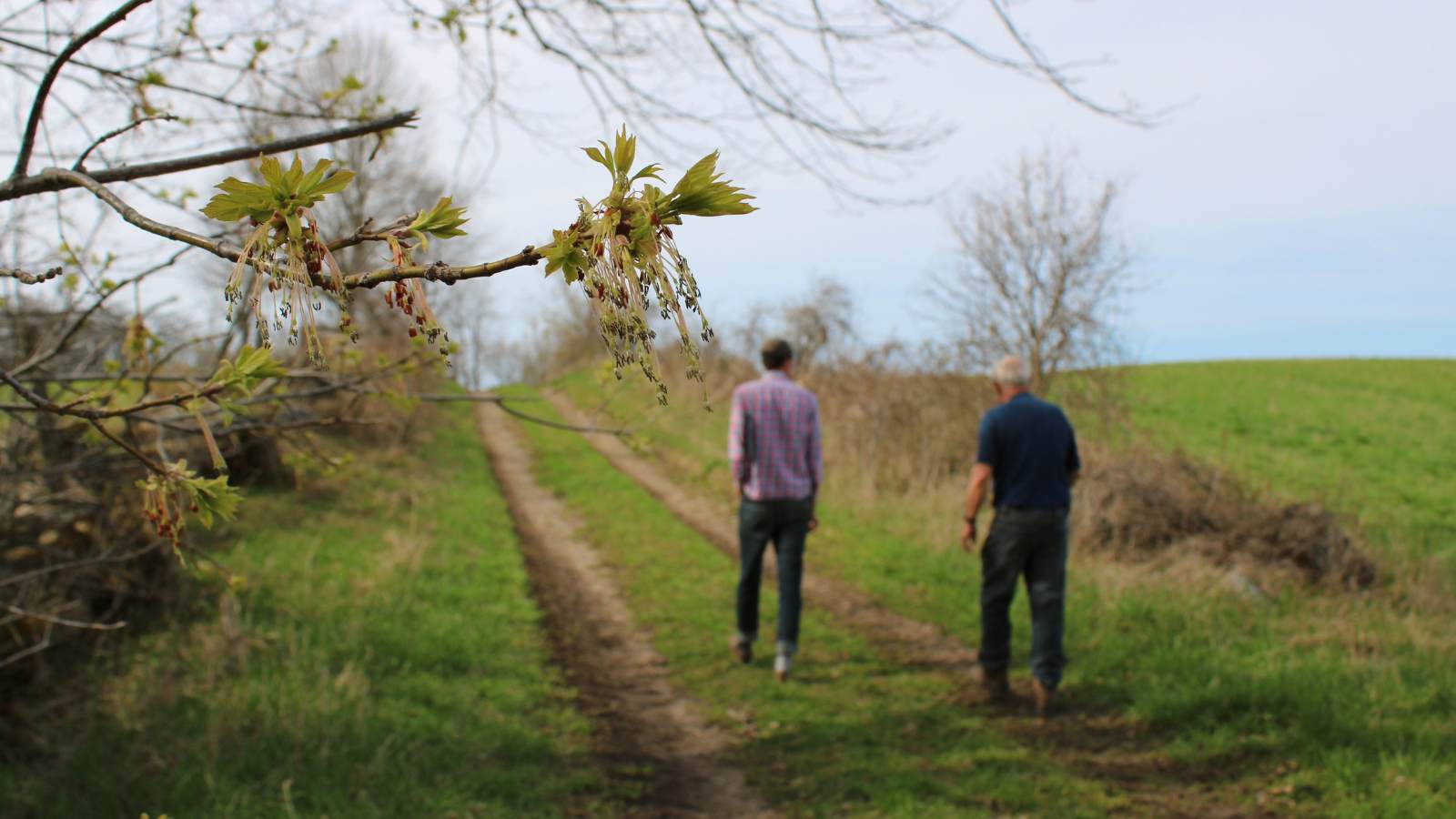 Kawartha Land Trust (KLT) is fortunate to end 2022 with more great conservation news for the Kawarthas — 195 acres of farmland, forest, wetland, and meadows in Douro are now protected through a Conservation Easement Agreement (CEA) between Bruce Kidd and KLT.

Bruce Kidd and his family have lived and worked on their Douro farm for decades, and Bruce felt strongly about ensuring that his farmland would remain in production in the future and that the natural features of the property would remain intact. Through the CEA, KLT was able to ensure the protection of both.

A Conservation Easement Agreement (CEA), quite simply, is a legal agreement between a conservation organization like KLT and a landowner. The agreement determines permissible and restricted land uses on the land that the easement covers.

CEAs allow landowners like Bruce Kidd to continue to own, use, and sell the land, but also ensure its important natural and agricultural features are protected. This voluntary agreement can protect against future development of the land, but also leave some flexibility for building in areas where there would be no damage to the existing natural and agricultural lands.

Protecting agricultural land and ensuring it remains in production is not only important for the food produced, but also for increasing our region’s resilience to climate change through carbon sequestration. When sustainable farming techniques like no-till farming and cover crops are implemented, the amount of carbon sequestered increases even more.

Bruce acquired his farm in 1987 when his job transferred him to Peterborough. “My extended family has occupied a farm approximately a mile away [from mine] since the 1830s, so I was familiar with the area,” he said. “We were introduced to the farm by my uncle, Marv Kidd, as he knew the property was for sale.”

The Kidd Farm, with its beautiful hills and vistas, includes 130 acres of agricultural land, wetland, forested areas, and meadows that teem with wildlife like Yellow-bellied Sapsuckers, Porcupines, Muskrats, Eastern Wood Pewees, and many others.

When asked why Bruce wished to enter into a CEA with KLT, he noted that his primary motivations were two-fold. “The first is to protect the opportunity to farm. Too much farmland has been lost…Farmland needs to be protected from over-development.”

According to the 2016 Census of Agriculture, between 2006-2016, the number of farms in Peterborough County declined by 21% and rented farms declined by 17%.

Bruce’s additional motivation to protect the land was to also ensure its natural features were preserved. “We have enjoyed using the natural areas and want to ensure they remain. The strength of the property is the variety of features and how preserving them fits in with the Kawarthas Naturally Connected (KNC) regional Natural Heritage System.”

Throughout his family’s decades on the farm, they have enjoyed the time they have spent on the trails they created in the woods. “We use it for family walks and it is part of my snowshoe route. It’s also my Maple syrup bush. It is a great spot to follow the changes in the seasons. I also enjoy watching the sunsets in the higher fields. You can see all the way to the old smokestack in Lakefield.”

When Bruce decided that he wanted to use a CEA to protect his land, he felt that the farming component would work better if the property was kept in private hands, but knew that a CEA would meet his goals. “I settled on Kawartha Land Trust because of its local focus. KLT was also responsive to the approach to the CEA that I was trying to develop.”

“Working with Bruce on protecting his land has taught me about how on-farm stewardship works,” said Thom Unrau, KLT’s Director of Community Conservation.

“Bruce’s thoughtful approach to balancing the natural and productive elements of the farm has been an inspiration. This project has solidified for me the important role KLT should play in protecting farms in the Kawarthas.”

If you’re concerned about the future of food and farming in Ontario, you can look into what the Ontario Farmland Trust offers or contact a local land trust in your area to discuss farmland protection options in your region. If you’re located in the Kawarthas and would like to learn more about how to protect your land, whether it be natural land, agricultural land, or a mixture of the two, through KLT’s land protection options, we hope to hear from you.

We’re thankful to Bruce Kidd and his family for their protection of the land they love.