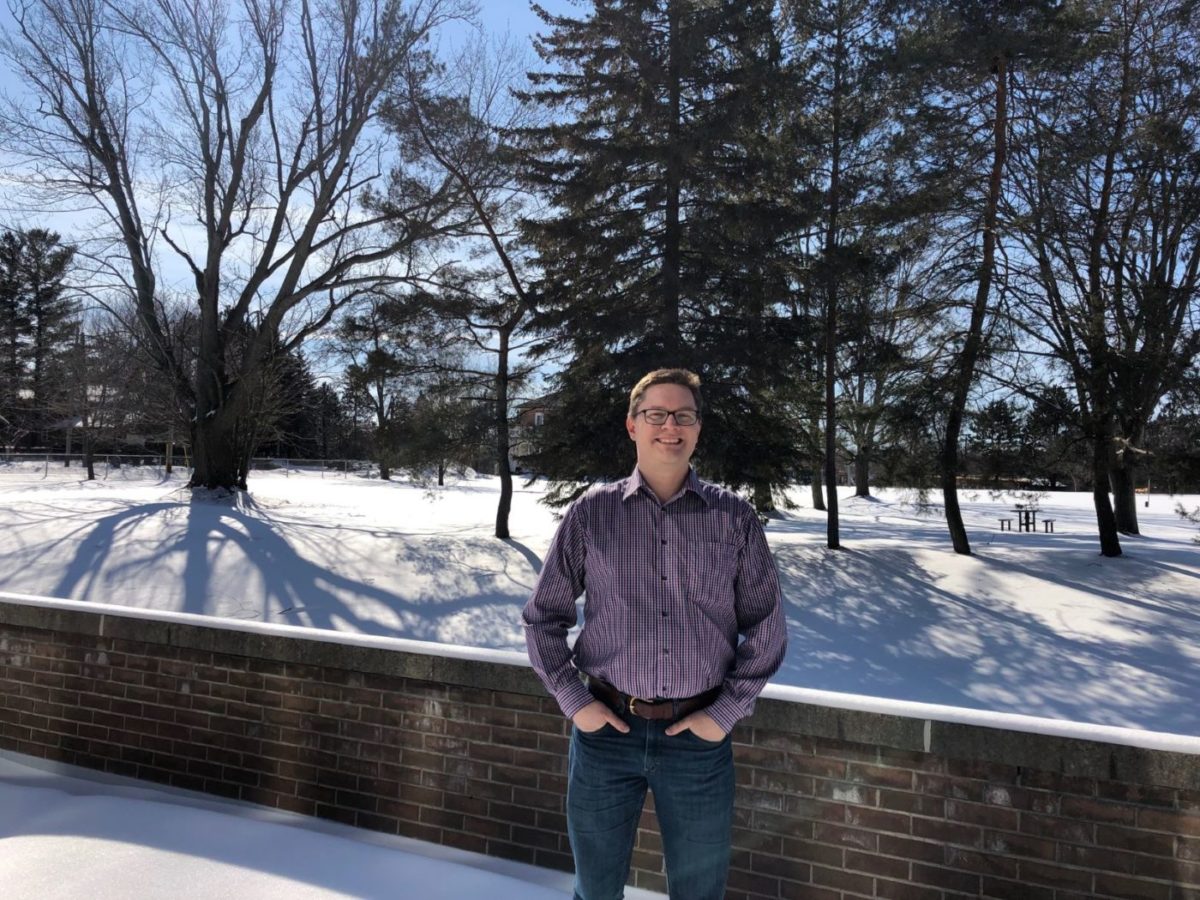 At the end of 2018 Kawartha Land Trust  bid farewell to Executive Director, Mike Hendren who served KLT for nine years. Mike has started a new position with the Nature Conservancy of Canada (NCC) as Vice President of the Ontario Region.

Mike’s departure led to a search for a new leader. As some of you may know, the successful candidate is John Kintare who joined KLT in February.

Before moving here, he and his wife created a spreadsheet of what they were looking for in an ideal community.  They had heard about Peterborough and the Kawarthas from friends, and added it to the spreadsheet to see how it scored.

“Turns out it had pretty much everything we were looking for, “John said.  “And it had the added bonus of being able to drop our kayaks in the water across the street and go for a paddle.

And the result is that Bobcaygeon is where they and their two children now live.

Before joining the KLT, John has worked a variety of positions, most recently as Executive Officer for the Peterborough and Kawarthas Home Builders Association.

He says the KLT is more in keeping with previous positions and is getting him back to his roots.  He has worked as a Katimavik Project Leader and in a variety of administrative and management roles in the academic sector.  He joined the Cowichan Green Community in 2009 and later moved to Calgary to work at the Calgary Public Library Foundation as a major gifts fundraiser.

“I have also been an organic farmer, a permaculture designer and several other things,” he added.

John said he wanted to work for the KLT because he wanted the opportunity to contribute to an organization making a difference in the world today.

“I came to this area in a large part for many of the features we are trying to protect and steward and the opportunity to support that through my job was too good to pass up,” he said.  “The biggest factors in success for any non-profit are vision, relationship building and leadership and that doesn’t change no matter whether you are trying to create a more friendly policy environment for residential construction or whether you are trying to protect and steward lands of ecological importance.”

Since coming on board at KLT in early February, John said he has been most impressed with the number and dedication of the volunteers, the generosity of the donors and the talent of the staff.

“I’ve always had a love and concern for the environment, the land that sustains us, and the work of the KLT makes such an important difference in the ability of that land to keep sustaining us,” he added.